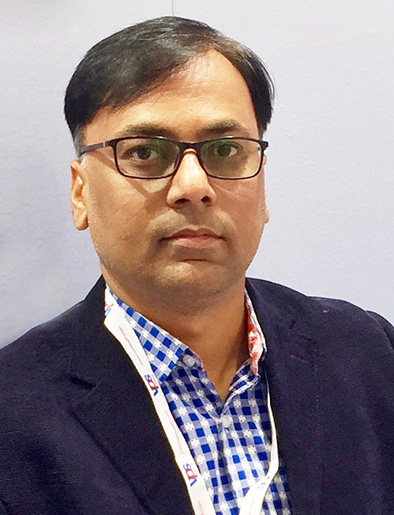 Mr. Patel founded the company in 2009 and has a vast experience in the pharmaceutical industry. His continued efforts have been the pillar of strength behind the company’s growth And turn the company into an organization of excellence in global pharmaceutical markets. Flagship Biotech International has benefited from his expertise, foresight and vision.

Mr. Patel successfully established Flagship biotech International to cater pharmaceutical sector across the globe. He has built a strong branded generic formulations business across International market, has also established a strong foothold in the ROW generics market in a short period.

Mr. Patel holds a Bachelor’s Degree in Pharmacy from SP University and MBA from University of Pondicherry.

He has a vast experience of more than 15 years in Pharmaceutical industry.

The joy of visualizing a bright future is not without challenges .

He is responsible for the spearheading Flagship biotech presence and growth in International markets and implementing various strategic plans towards sustained growth of the company.

Mr. Vidwans is a B.E in Chemical, MBA in Marketing, had a rich Professional experience of more than 10 years. He started his professional career with CLARIS Lifescience limited, Ahmedabad based company specializing in injectable space, from January, 2001. During his 5 years of stint in CLARIS, he was instrumental for launching 25 + products in Mexican market valued around $ 10 bn. During the stay in Mexico (around 3 years), he picked up local language and idiosyncrasy of LATINOS, which in future become base for success in those markets.

After CLARIS, from January 2006, he was Associated with “Wockhardt” , where wockhardt made serious inroads in Mexican market, registering their flagship product range WOSULIN and first to launch - Levetercetam - KEPPRA in Mexican market. Also Wockhardt spread across Caribbean islands and few central/ South American countries.

Out of buring desire for doing something on his own, Flagship Was born. His vision and ability to critically analyze matters enables the Board to make rational decisions. Mr. Vidwans success story exudes tremendous dynamism, vision and thought leadership, energizing and moulding a small organization to a world-class pharmaceutical organization.

His continued efforts have helped to turn the company into an organization of excellence in global pharmaceutical markets. He is First generation entrepreneur.